There’s a great, not-so-little-anymore, con in Walnut creek, CA that’s a favorite con for me, Big Bad Con. This year I was a Kickstarter Featured Guest! I’m told there were about 950+ diverse folks playing games. I dig this con for the friendly nature and incredible support at the game tables and away from it. Most of the games are ran in private rooms which is fantastic! The hotel food is solid, and there are even more options close to the hotel for food. But most important, you can get a great cappuccino or Manhattan at the bar!

I ran a couple sessions of Forbidden Lands using my Into the Mad Lands setting. I’ve posted an actual play on my Patreon, but I’ll say it again —the more I run Forbidden Lands, the more I appreciate the fun it produces. I ran two separate expedition’s out to the Giant’s Prison with two drastically different outcomes and sadly, no character deaths!

I played The Spectaculars RPG. It’s a superhero game where you dial in time period, team types, tone and world before you begin making characters. It uses percentile dice with advantage and challenge dice added in to a pretty nice effect. I played a Machine Man-like soldier of fortune character. I backed this game on Kickstarter and was pretty excited to see it on the con schedule!

Sunday was my marathon day. I ran two games of Burning Wheel back-to-back. I used my By Aecer’s Light setting for both games. The first game there were three BW veterans and one innocent bystander-turned-player. He turned in an awesome performance playing the sheriff Roden and learning the game. The second session were solid role-players but new to the Wheel. This was a high drama game ending with the rescue attempt of a player-character.

Mixed in the games were shared meals with friends made on various internet channels and new/old friends. Plenty of hang out time with folks I haven’t seen since last con or last year. I did a wind-down dinner with friends from Kansas City who also attenbded the con, they do a Greek night tradition on the last night of the con. From there it was a nice quiet ride to the airport for my red-eye home, Kansas City -by way of Atlanta!

I love this little con, would roll dice there again! 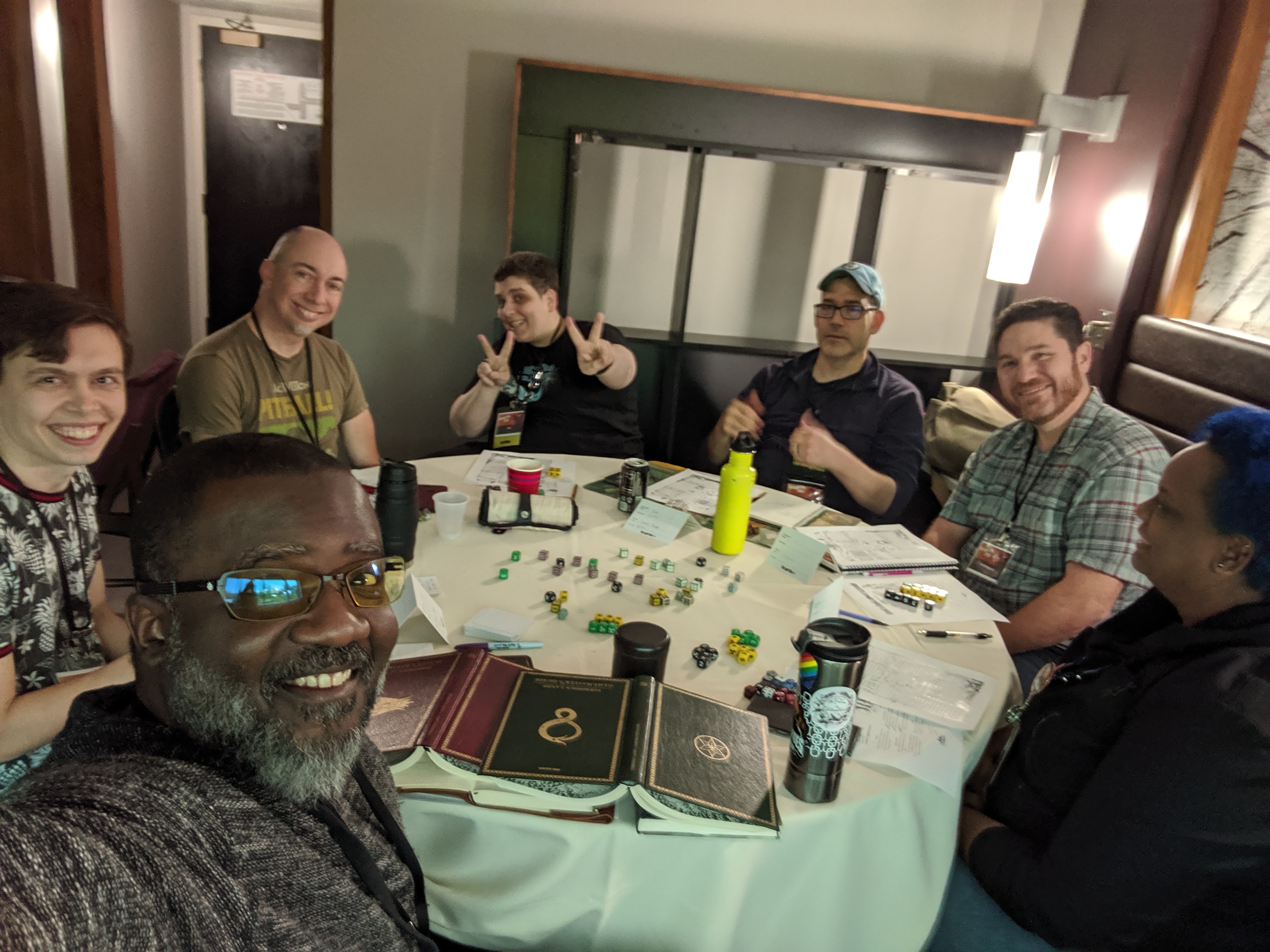 Fight, for the Mad Lands!
supported by